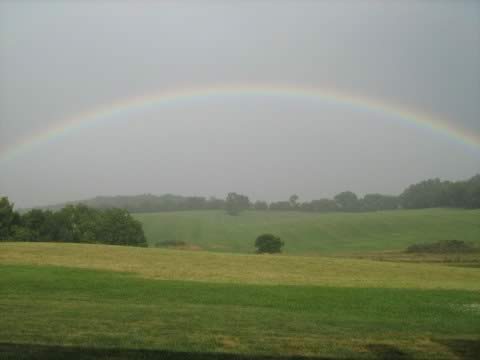 Nehemiah’s Call began through a heart of prayer and missions. At the foundation of this call has been to see new churches emerge, emotional and spiritual healing in the body of Christ and announce the Gospel. The original plan was to launch out through a local church or movement but for fund raising and administration needs was set up through the IRC 501 c 3 guidelines as a separate not for profit organization instead.

Nehemiah’s Call functions through a board that consists primarily of ordained ministers. The primary minister, Lawrence R. Yoder is ordained as a teacher/preacher/marketplace minister. The ordination took place on July 15, 2007 at the Immanuel Mennonite Church in Harrisonburg Virginia.

In the past we have functioned in an apostolic manner as a sending and releasing instrument of the local church on a project basis. Individuals have come to us or we to them and have counseled, prayed and encouraged them with words. We continue to be open to working with those called yet not released into the fullness they sense as a call from Jesus Himself. Or maybe they feel as a misfit or are blocked by church structures.

In the past we have functioned in a prophetic manner as a teacher and facilitator of prayer research, prayer updates and prayer strategy in a variety of settings. We have been invited to speak and teach primarily using the Bible as our text. We have developed curriculum and published books through our New Wineskins Publishing arm.

Board of Directors of Nehemiah's Call

Testimonies from Prayer Leaders and Teachers

Roy Kreider says, “I have had a growing sense of the rightness and timeliness, the vital importance of this training as foundational for preparing leaders, church planters, and intercessors, introducing them to available resources and the insights emerging from those doing basic research into these methods”.

Pauline Lehman says, “The New Wine program will prepare missionaries and church planters to more effectively minister wherever they are called. Missionaries are often taken unawares. It is helpful to study spiritual forces at work… to know how to pray and present the gospel, to be culturally relevant and spiritually relevant. The New Wine goal is to set people free personally first, then to equip them.”

Pastor Basil Marin says, “His own journey is the place where it begins, his walk with God. Lawrence is a brother of integrity. He has a heart for the church, community and world. He has brought the Bible into everyday living— insights that give people something to work with. Anyone can read his material and get something from it.”

Lawrence was baptized June 9, 1996. He was married September 21, 1996 to Bonnie Nyce. They have two children and live in Broadway Virginia.

Lawrence remembers responding to an altar call for lifetime ministry after the message by Larry Krieder Place Your Hand on the Plow and Don’t Look Back on May 20, 1997. While attending Cornerstone Lawrence had many opportunities to serve; he participated on a Cornerstone Church & Ministries Short Term Missions Team to Bari Italy July 1998. He served on Cornerstone Church & Ministries Missions Task Force with Ken Horst parts of 1998 through 2000. While at seminary he completed a master’s thesis on prayer strategy June 30, 2000 which led to completion of the book Into the Harvest Fields a layout to develop prayer strategy for cities and regions.

Lawrence founded this ministry July 1, 2000 and was commissioned publicly on September 17, 2000 by the local church. Prior to this commissioning Lawrence graduated from Cornerstone Bible Institute & Seminary in May 2000 with fellow graduate Tom Gardner. The original name was The King’s Cupbearer but was later changed to that of Nehemiah’s Call, a ministry that supports church planting, evangelism, global mission and Bible teaching. .

Lawrence began meeting with Fredericksburg Virginia pastors on city reaching strategy December 2000 through February 2001. He would later meet Pastors Scott Bradshaw, Bowie Curry, Ray Liptrap and Jim Bethany. This would later spring the Fredericksburg Prayer Furnace and a teaching curriculum headed by Scott Bradshaw. They are preparing to hold the Awaken the Dawn and The Call Virginia in May 2012 with Lou Engle, Dick Eastman and Rienhard Bonnke.

One of the more significant things this ministry has been a part of was the Revival Generation Outpouring February 1-4, 2001 when Lawrence collaborated with Brad Huddelston, Marty Breeden and Doug Dowdy held at Grace Mennonite Fellowship in Lacy Spring Virginia.

One of the very first messages every given by Lawrence was on August 26, 2001 at New Covenant Fellowship Elkton VA How Long Will You Falter Between Two Opinions.

In January 2003 (for two weeks) Lawrence participated with Grace Church of Fredericksburg on a prayer journey to Oradea and Timisoara Romania. As part of this assignment he was licensed by Virginia Mennonite Conference July 13, 2003 in the special ministries category.

Lawrence would return later in the summer to teach in a Spiritual Mapping Conference as one of the main speakers in Timisoara Romania August 1-3, 2003, cd available on request. He would also function as a member of a prayer journey team with Grace Church of Fredericksburg July 25 through August 2003 into countries included Slovenia, Romania, Hungary and Italy.

As a result of this initial mission trips Lawrence began writing about 100 2 hour Bible based curriculum sessions that would form the New Wine Curriculum. I am still fine tuning and adding to currently.

During 2004 Lawrence began working with Mark Lehman in jail ministry at the Rockingham County Jail Sunday services. He preached an average of 3-4 Sundays a year from 2004 through 2007.

Nehemiah’s Call sent Lawrence, Milford and Carolyn Lyndaker to San Isidro Costa Rica August 2004 to assist Chris and Joy Gorton in their call to missions there. Nehemiah’s Call supported them through 2006 and provided funds for a goat herd which will provide most all of their monthly support beginning in 2008 and forward.

From summer of 2004 through fall of 2007 Nehemiah’s Call assisted Ron and Blanche Nyce with substantial financial support in their call to Gusinje Montenegro. Ron began a meat packing facility as a Business as Missions project. Nehemiah’s Call has since handed off fundraising and support to SML Inc. effective fall 2007.

June 2005 Nehemiah’s Call went to Belize with Nelson Okanya and Milford Lyndaker to assist Pastor Hubert Stephen as a prayer team and encouragement to his team with Healthy Church: Healthy Belize. While they performed medical surgeries and outpatient procedures we prayed and had Bible studies.

In September 2005 Lawrence went to Montenegro for ten days with his family and inspected meat packing facility in Montenegro and toured country, countries included Albania and Serbia. He initially met the local pastors and relates to Jovica Bacvanski still today.

Lawrence attended the Billy Graham School of Evangelism with Pastor Basil Marin May 2007 in Asheville North Carolina. Out of this time together and relationship Basil and Lawrence would go on and plant New Song Fellowship in Harrisonburg in December 2007 with their first service May 11, 2008. Pastor Basil Marin continues to lead this congregation forward as a member of the Virginia Mennonite Conference.

On November 25, 2008 New Wineskins Publications produced a teaching booklet entitled What Gold Do You Have in Mind? :Teaching and Preaching Applications for the 21st Century. This is from Bible study in the letter to the Philippians.

One the more powerful teaching sessions we have been a part of was when about 45 of us gathered Sunday evenings at Trissels Mennonite Church in January and February 2009 to look at the letter of Philippians. Laban Peachy was the interim pastor at the time. These sessions are available on our download section of this website.

At the end of December 2010 Lawrence began meeting with a small group of pastors in the Broadway/Timberville area. They meet every other Friday for prayer and fellowship. Out of this gathering has emerged a relationship with Pastor Ken Gullman that has formed the foundation for unified prayer for revival in the Shenandoah Valley.

During 2011 Lawrence has worked with Ken Gullman, Basil Marin and others in beginning a prayer team for the town of New Market Virginia. They meet monthly to pray for revival in New Market and the local towns. Lawrence assists Pastor Ken in preaching once a month at Emmanuel Fellowship that meets in Broadway.

At the end of 2012 Lawrence and his family began attending Eastside Church that meets in Harrisonburg. The entire family are members of Eastside to present.

Lawrence has resumed his role as marketplace minister with his tax practice Horizon Accountants. In 2017 he became a registered investment advisor with his own Company Halieus Investment Advisors. Halieus is the Greek biblical word for "fishers of men".

Lawrence continues to pastor his clients along with their business interests and regularly gives prophetic guidance as a trusted advisor. Beginning in 2019 Lawrence plans to carve out some time to devote to some writing projects. Stay tuned. 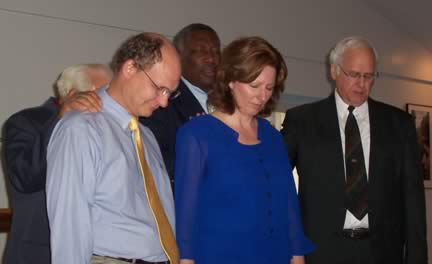 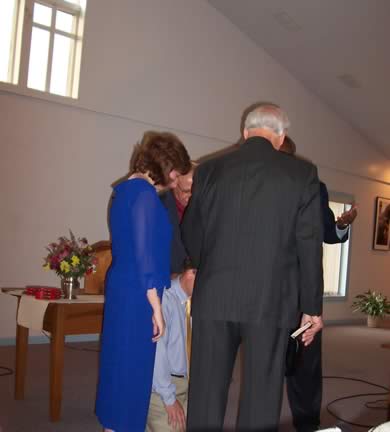